skip to main | skip to sidebar

Sometimes I just want to say fuck off to the world.
It would be like that scene from half baked:
'Fuck you! Fuck you! You're cool, Fuck you! I'm out!'
It's just trifling shit but it builds up like an hourglass, before you know it the timers done. I just need to flip it round the only problem is when I look ahead I don't really see the hourglass being turned, rather, opened up and more sand added.
Phuckoooh.
Writen by Sam at 19:20 No comments:

I think i'm going to write here more, not because i care about anyone who reads this, if you want proof look how i intentionally don't capitalize my Is!
Anyway, yeah, I think I'm going to try and write here more, just as a way to vent some of the shit pile that I, myself spread my cheeks and dump. Therapy if you will, so if you are interested in a semi disturbed lad of nigh on 20's ranting and ravings then please, go ahead and bookmark this shitty blog for further reading.
Just clarifying that this space will be for mind turds.
Enjoy, fuckers.
Peace.
Writen by Sam at 20:53 No comments:

My tongue is burnt to shit
My nose still smells the hit
My teeth are black with ash
Reeking of the hash
Writen by Sam at 20:49 No comments: 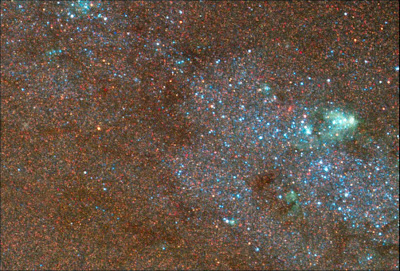 I like space so it's not surprising that a large percentage of my occasional posts here are space related. Anyway, today I was playing with an full size (.tiff) image taken from a space telescope, it's over 650mb big and took about 10 minutes for me to open it in CS4.

My post today isn't about the wonder that is space telescopes or the whole of this image: 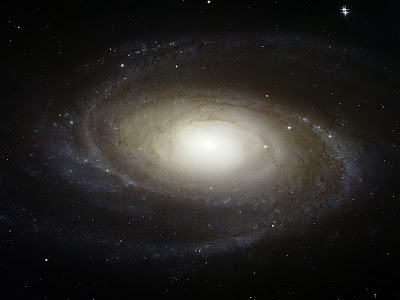 ...It's about the very top image. It may not look much but it's actually a picture taken from the right of the galaxy above. As you can see there are a lot of stars, a damn lot in fact. Whats you wont know is that the picture is only 0.2% of the entire 2D galaxy shown above. The part I choose for this example wasn't a particularly dense patch as well. To aid with understanding it, each of those dots in the top image is a star, they seem pretty close as well when in fact they are light years apart. We would look that close to our neighbouring stars from the perspective of viewers from that galaxy.

I hope the outer spiral of that galaxy gets more action than the arm of the milky way we find ourselves on.
Writen by Sam at 23:58 No comments:

I liked Avatar, actually, I thought it was bloody fantastic; everyone else says the same thing so I don't have to here.
I also thought that the Na'vi people were pretty awesome and humans quite lame in comparison. To show who's side I'm on I tested out my photoshop skills and ended up with probably one of my favourite pieces of all time.
Sam'rir 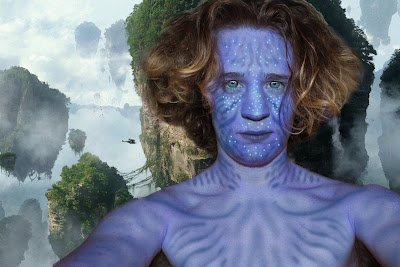 I'm sleepy and flicking through what's on TV, hundreds of channels at my fingers tips but nothing I want to watch. I click on international listings (I've never looked here before ) I click the first one - I'm not subscribed to receive that channel. I click the next channel down, blocked from this one as well, and the next one, and the next one, until I find a channel that works. 'PCNE Chinese' is the channel I ended up on. It's a talk show, a woman and a man sitting on a round chair, I recognised one of the faces... it's Jackie Chan.
Writen by Sam at 04:50 No comments:

Thoughts on the big bang, the universe, our existance and evolution. 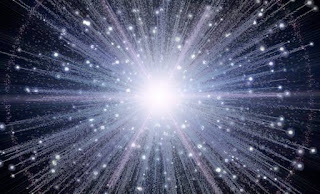 First of all, it's been a while and if anyone reads this then thanks for checking in, I hope you get something from this.
I had a break through in my understanding the other day. I'm not sure where to start, perhaps, like all stories it is best to start at the beginning.
The Big Bang is widely acknowledged to be a pretty well rounded and logical explanation for the creation of our known universe. It is a theory but it was created to fit what we have learned - The universe is expanding and there is a lot of background radiation, which is very basic but more can be read here. 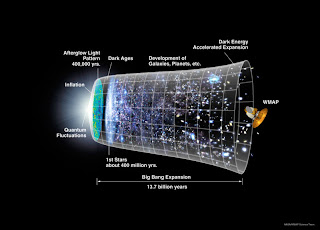 To continue of the theme of food; imagine the universe as a chef with the largest pantry you can imagine, with a flare for the experimental and with no concern for time. Throwing ingredients together, mixing and matching and trying different things and every now and then something nice to eat will be created what can be observed though is that our chef doesn't care what he makes, he will just keep experimenting. The ingredients were in the mixture for us to exist.
Since the very first humans we have believed us and our planet special above all others. We are important but because we are a part of everything. We are just a product of the universe, we are the universe and it is us. We are all one because we are a part of everything, and that everything stemmed from oneness. If all the planets and particles of the universe are the same then what makes us feel that we are anything apart from this. This doesn't make us divinely chosen, we just happen to be the tastiest dish on our planet.
This experimenting can be seen through the diversity of life on our planet. Life is part of the ingredients for the universe and I say this quite safely based on the following - The only planet we know that supports life is our own and life sprung up on this planet relatively quickly. As we understand it Earth was formed 4.54 billion years ago, life appeared within one billion years and our planet is expected to continue supporting life for another 1.5 billion years - as the sun expands . If you factor in the time it took for Earth to settle down, form at atmosphere, etc. Then it is clear that Earth as supported life incredibly quickly - Baring in mind that our planet and galaxy is in no way remarkable it is very hard to believe that this is not normal behaviour for a life suitable planet.
What I seem to be saying is that if the ingredients are right here, then as the ingredients are the same everywhere in the incomprehensible expanse of the universe the ingredients will be right somewhere else. There is no doubt in my mind that life exists else where, my curiosity lies in them and how the random experimentation of the universe has shaped them.
We search for meaning to our existence, purpose and reason. What I have come to understand is that we are the universe and the universe is us. You and I are one, we are the sun and the moon, the planets of all the solar systems, the mass that makes galaxies. Everything that exists is a single entity and we are a part of it, albeit a very, very small part.
You are important because the universe is important, it is everything we know and we are a part of it.
Peace, my family.
Sam.
Writen by Sam at 23:10 No comments:

EDIT: looks like I might be wrong.
I've seen a lot of people asking what this decade should be called, or will be called in future. Answers varied but I think I can sum up the decade quite well: When America failed.
America has long been the worlds only super power, now they may have not always done the right thing but they tried and so did we (UK) and that counts for something in my books. It might not be too popular but I'm glad we are one of the countries that actually chooses to do something rather than be like, for example France or Russia who are all too happy to pocket bribes in exchange for vetoing UN action. But alas, my despair when I think about the UN is a subject for another day, or is it? No? Ok, I hate the UN! The most powerful countries in our world, millions of people united together and what do we do? Sit around and talk about the issues and avoid actually doing anything at all - doesn't help you have corrupt countries with their own agenda as well.
Anyway, got a little side tracked. America, the world only super power and proclaimed world police are failing. You can't run a super power, run two wars and deal with a financial crisis - it's impossible and America has proved this. 70 trillion dollars in debt, a number which is barely even comprehensible, as, put it this way, if you withdrew that from an ATM, 1) you would be waiting for years for it all to come out the machine and 2) If you wanted to count and see if you got given the right amount you would spend your whole life doing that.
America can no longer afford two wars, it must and will pull back. America will lose it's reach of power and will no longer be a super power. What will happen then? As always, when a leader is removed there will be a rush as other would be leaders who have suffered under the boot try to take his place and if history can teach us anything it's that the benefactor is usually worse.
Who will rise to the challenge then? Probably China and who knows, in 100 years the west might be a whole lot different.
Writen by Sam at 12:39 No comments: